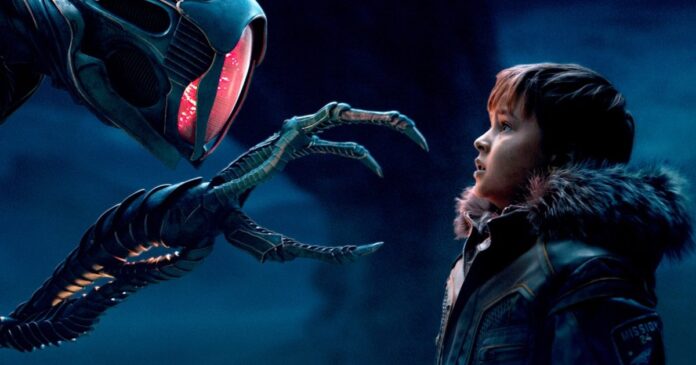 Lost in space season three is the American science fiction TV series. Its central theme has been taken from the novel The Swiss Family Robinson. This novel is about the adventure of family space colonists whose ship swings off course.

It is based on science fiction adventure family drama. Netflix is presenting live streaming. For the first time, it was released on Netflix in April 2018. Lost in Space Season 2 first performance was on December 24, 2019. After two years, the third season is on live streaming. This series is renewed for the final season. Lost in Space season 3 was released on December 1. 2021.

The third and the final season has brought the adventure of the Robinson family by planetary. They try to save their lives and find home hot on their trails are mysterious and overwhelming because its plot is complex. Because of that, in space, Robot tries to find the human settlement and finish it.

Season three begins with the ninety-seven children that were on the ship. But now they are grounded on a distant planet. Their parents are trying to survive in the Danger system. Finally, a young commander named Robinson tries to chase the Robots once again. He is finding a chance to reach the fearless families at Alpha Centauri.

Then Robinson, with his companions including Don, Dr. Smith, and Grant Kelly, searched the families in a hostile star system. When a bogy planted, crashed Robot led by SAR found the location of a human colony in Alpha Centauri. After that, both Robot and Robinson receive Alpha Centauri to warn the other colonists, and SAR prepares to invade.

A remote electronic shielding system is the only hope for humanity. Then shield permits some SAR’s ships for crashing the human-inhabited planet. There Penny makes a startling discovery with the help of Robots. SAR continues his attack on the earth and looks for WILL.

Lost in Space Season, 3 WILL Die or Not

The robot stops Smith from killing Radic. After that, Smith becomes the pilot of Jupiter 2. This time Robot was in trouble; he could not convince his kind to free themselves from their programming. Due to the mechanical heart failing of WILL, Robot sacrifices himself to save WILL.

This motivates many robots to give Will and Smith a programmable order to recreate the robots that attacked Alpha Centauri. SAR is still trying to destroy the world. It would allow the SAR to hit it again in the heart and make it safer this time, but make the SAR use part of the planted robots. The robot uses the SAR system and stops the Alien engine, saving the world and stopping the war.

Then, most robots go to unknown places, while others are at peace with humans. Maureen and Don begin building a consistent, robotic adaptation back to Resolute. John enjoys a quiet life, Judy still works as a doctor, and Penny and Vjay begin a relationship. Grant became a good friend of his family as he formed a relationship with Judy. Lost in space season three has a happy ending because no one dies, even Dr. Smith comes out from jail.

There are five compelling reasons to purchase Bluetooth earphones

12 Best Websites to Download Movies and Watch free in 2022