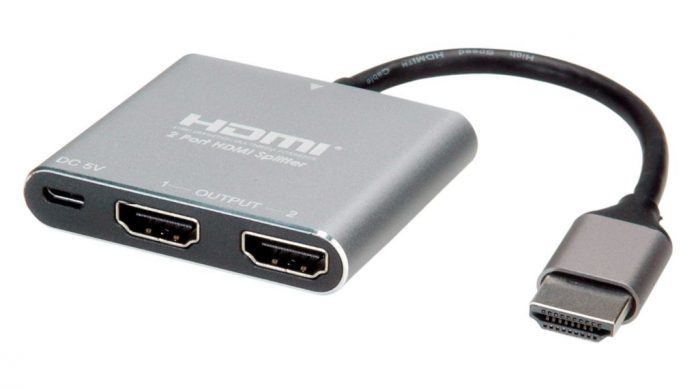 Despite getting the best subscriptions, like Spectrum home internet, other factors also determine the quality of one’s experience. One of these factors is an HDMI cable, which transfers audio and high-definition video between two devices. However, many people don’t know that despite the non-negotiable importance of an HDMI cable, there is one more gadget that can further improve their entertainment setup: an HDMI splitter.

What’s an HDMI Splitter & How Does It Work?

HDMI splitters have integrated signal amplifiers that ensure a longer transmission distance. They allow users to enjoy the audio and video on multiple displays. An HDMI splitter works by dissecting a single audio and video signal from one source and directing the split pieces toward multiple output devices. This means that viewers can watch the same video on two separate HDMI monitors simultaneously.

Unfortunately, as impressive as it is, not all splitters work the same way, nor are all of them worth investing in. There are many different types and kinds available on the market, and buyers should be knowledgeable enough to know which one to buy.

The Problem with an HDMI Splitter

While most users appreciate the concept of splitters, there are still some problems associated with this technology. For example, most hardware devices and gadgets have a built-in anti-piracy system. It is called HDCP (High-Bandwidth Digital Content Protection).

This safety measure is built inside cables, televisions, and streaming devices. Like Safari and Chrome, even popular browsers have an HDCP measure built into them to contradict HDMI splitters. Why do hardware companies do that? These programs and components use HDCP as a safety measure to prevent duplication and illegal transactions. In addition, they use this verification process to create a barrier between the screen and the device that plays the video.

Once the connection is verified correctly and successfully established, the HDCP encrypts a particular signal that prevents illegal and unauthorized recordings. Unfortunately, this also means that the encryption does not allow the video to be split and watched. An indirect drawback of this arrangement is that it sometimes does not allow people to watch authorized content, even if it’s their own. Furthermore, if the HDCP measure protects a particular piece of content, but a part of the setup is not compliant with it, the transaction will not happen. The user will see a prominent error message on the screen, and the video will not play. Unfortunately, this also means that people who purchased their equipment a while ago, when HDCP was not active, will not be able to watch content that they have purchased legally.

Lucky, there is a way to bypass HDCP and use an HDMI splitter successfully: HDCP’s fallback mode. If the content is HDCP-compliant, but the equipment is not, the fallback mode will reduce the resolution of the content to around 720p to make it work. Gadgets and devices rarely stimulate this mode, but splitters are an exception. For this reason, the fallback mode is by far the best solution for this problem.

Moreover, some cheap HDMI splitters in the market accidentally bypass HDCP. In these cases, the manufacturers did not have the budget or did not bother to pay to get licensed by HDCP. Even though they technically should not be able to access protected content, they can because they trigger the fallback mode. The content is downgraded, the resolution is lowered, and, as a result, it plays smoothly.

Another Way to Split an HDMI Signal into Multiple Displays

Apart from the classic splitters, there is one other way that one can split HDMI into two: a graphic card and a desktop computer. Anyone who has a desktop computer can successfully split a single HDMI signal just like a splitter. They can also do this with a laptop and an external graphics card. Users only have to plug in their GPU and set up an operating system that mirrors the screens. Graphic cards used for gaming can be a little too expensive, but anyone can find suitable substitutes on cheaper marketplaces, like Facebook and eBay. Non-gaming cards will also work for this hack.

There is a reason why HDMI splitters are usually a taboo subject and why most people avoid using them. When people use an HDMI splitter, they can be accused of illegally copying and non-consensually distributing content. However, the intent is what matters. Users who want to use a splitter to watch their own content, or that which they have legally purchased, can use it without fear as it is not illegal. The user will see a prominent error message on the screen, and the video will not play. Unfortunately, this also means that people who purchased their equipment a while ago, when HDCP was not active, will not be able to watch content that they have purchased legally. This includes video gamers who want to record themselves playing games and property owners who want to make legal document backups of their own property.

IT Support Services Provider: What You Need to Know?